An antibody with multiple opportunities

Cantargia is developing an antibody-based cancer treatment, CAN04 (nadunolimab), which attacks cancer in two ways. CAN04 stimulates the body’s killer cells to find and destroy the tumour cells directly, while at the same time blocking the inflammatory signal paths used by the tumour to create a favourable basis for growth and distribution. Compared with other immunotherapies, CAN04 has a wider ability to attack cancer. 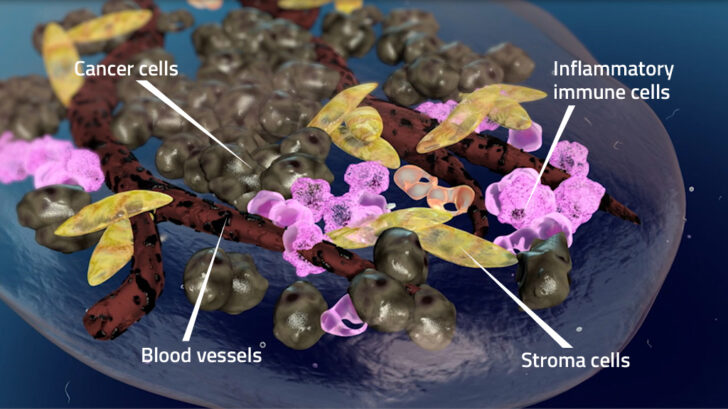 Cancer is a collective term for more than 200 different diseases. What they all have in common is a change to their genetic information that results in uncontrolled cell division. Traditional cancer treatments (cytostatics) are designed to kill the rapidly-dividing cells, but these drugs rarely cure the disease. The treatment can also cause severe side effects as it also affects healthy cells that divide rapidly (e.g. in the gut, hair follicles and oral mucous membranes).

Research has established that tumours are comprised of many types of cells in addition to the cancer cells [1]. There are blood vessels that provide nutrition, so-called stroma cells that function as a skeleton, and inflammatory immune cells. A complex communication between these cells and the cancer cells results in an inflammation within the tumour’s micro-environment. This often results in the body's natural immune defence being blocked in the vicinity of the tumour, and the inflammation can also protect the tumour when treatment is given. The tumour also contains a non-homogeneous group of immature cancer cells known as cancer stem cells, which are constantly being formed and which produce tumour-forming mature cancer cells.

A lot of different types of cell in the tumour’s micro-environment use the interleukin-1 (IL-1) system, making them potential targets for CAN04 treatment. 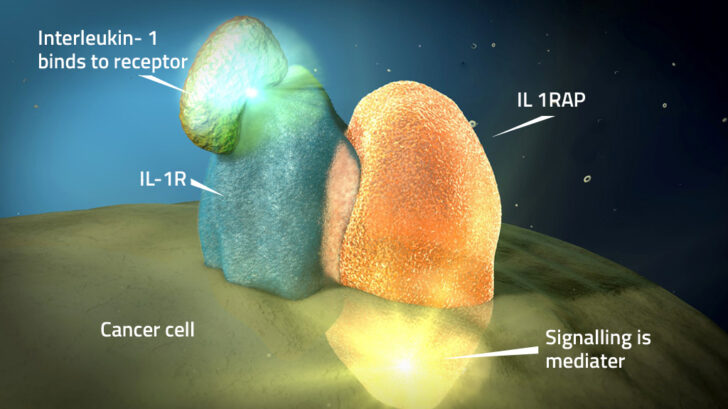 The role of the interleukin-1 system in the immune system

IL-1 circulates in the blood, usually at very low concentrations, and it plays an essential role in the body’s immune defence by stimulating the immune cells [2]. IL-1 is important for the body's resistance to, for example, bacterial infections, and it causes fever, among other things because of its effect on the central nervous system. Autoimmune and autoinflammatory diseases are also driven largely by IL-1.

IL-1 binds to receptors on the surface of the cells, resulting in the creation of signals that cause the cells to produce other signalling substances that initiate a cascade of various inflammatory processes. Some of the receptors are Cantargia’s target molecule IL1RAP (Interleukin-1 receptor accessory protein). With cancer, the IL-1 system is involved in tumour inflammation, which helps the cancer, while in autoimmune or inflammatory diseases the system is over-activated and contributes to tissue damage. 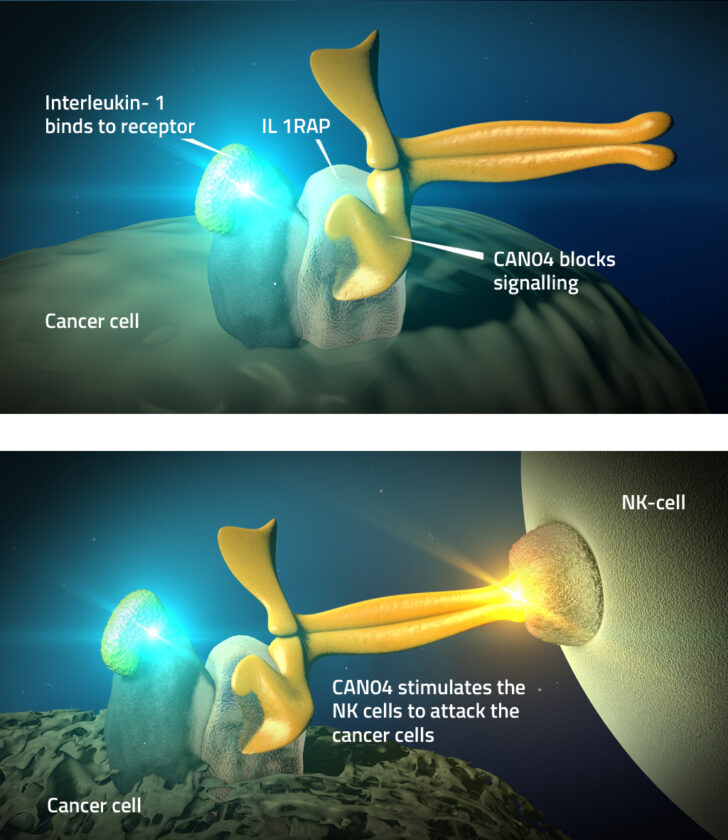 IL1RAP is found on cancer cells in both solid tumours and in leukaemia. It is a central component of the tumour's strategy for creating a 'fertile' inflammatory microenvironment in which cancer cells can proliferate and expand. IL1RAP forms part of the receptor on the cancerous cell used by IL-1 to transmit signals. Inside the tumour, IL-1 signals between cancer cells and stromal cells, helping the tumour to grow. Cantargia’s strategy is to attack IL1RAP with an effective antibody-based cancer treatment.

The company’s product candidate, CAN04, has two potential modes of action: 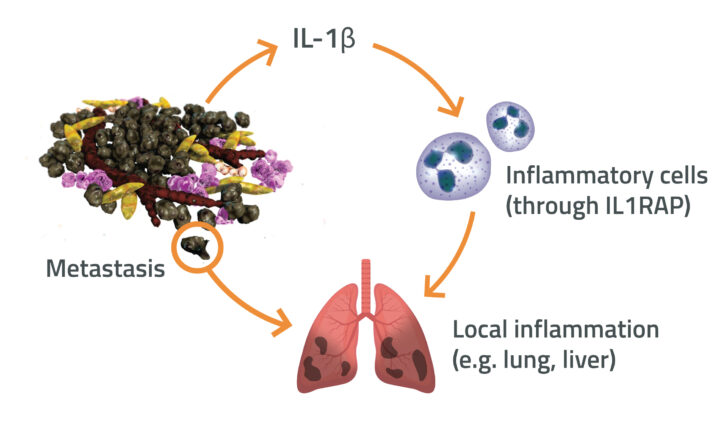 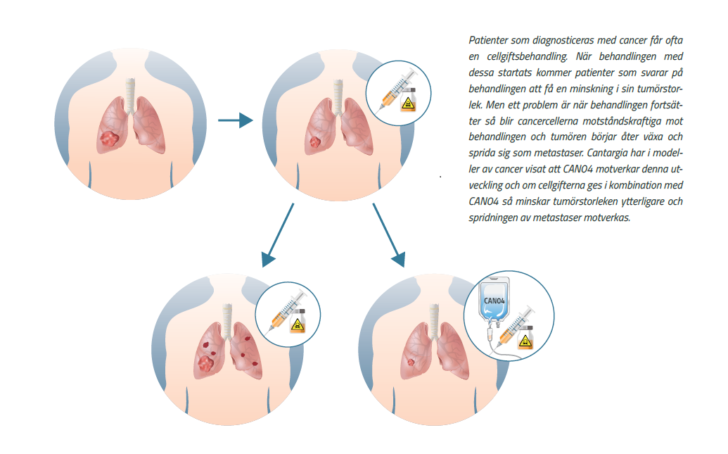 CAN04 makes the chemotherapy more potent

Chemotherapy is widely used as a therapy to combat cancer in patients. There is a massive need for new treatments which, in combination with existing therapies, increases the number of patients that respond to treatment or that makes the treatment more potent. In this respect, CAN04 is singularly well-timed, as it has the potential to enhance the effect of both chemotherapy and immunotherapy. Resistance mechanisms to chemotherapy and immunotherapy have, for example, been linked to an immunosuppressive inflammation, which is exactly what CAN04 seeks to counteract. The biomarker signals that we have measured in patients, such as lowering of IL-6 and CRP, indicate that we are suppressing the inflammation. Early results from combination treatment with chemotherapy are promising. In the first group of patients, a significantly larger proportion of patients responded to the treatment than would be expected in treatment with only chemotherapy. Preclinical research has shown that CAN04 targets mechanisms which work well with chemotherapy [4]. The combination of CAN04 with different chemotherapies, showed promising anti-tumor effects, which were stronger than either substance by itself. Furthermore, the toxicity induced from the chemotherapy was counteracted by CAN04. Chemotherapy induces among others IL-1α release from the tumor cells resulting in an IL-1 system activation in the tumor stroma. CAN04 counteracts this system and increases the antitumor effect of the chemotherapy.